Friends of the Houston Nature Center 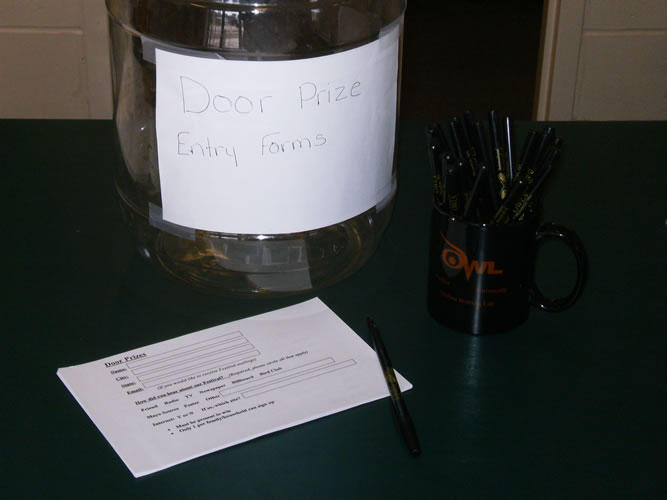 You and I likely celebrate our birthdays with cake and balloons. Alice, the owl, celebrates her hatch day too, only with an owl hooting contest and keynote speakers. In fact, Alice's hatch-day celebration "is the only annual, full-weekend, all-owl event in the world" says Karla Bloem, director and naturalist of the Houston Nature Center in Minnesota.

Hatched in March of 1997, Alice is a Great Horned Owl and an "only child" at the Houston Nature Center. Her solitary status means she gets spoiled, big time. About 300 people showed up for her first hatch day celebration. Now in its ninth year, it has taken on a festival status and attracts over 1,300 visitors.

Officially named the International Festival of Owls, the event touts international attendance from Norway, Nepal, Netherlands, England, Jamaica and Canada. Visitors come for an owl-filled weekend of hooting contests, live programs, keynote speakers, crafts, a bake sale and, of course, a stop by the home of the World Owl Hall of Fame. "It's about tourism; teaching people about owls and how to protect the environment and it stimulates the economy in March when nothing else is going on tourism-wise. It is a really fun family event." says Bloem glowing with excitement.

In a town with a population of only 1,000, Bloem says the greatest challenge is finding a location big enough for the festival's official owl banquet. In the beginning, the local community center fit the bill, but didn't have enough glasses to serve all the guests. That's why Bloem decided owl-imprinted souvenir glasses would be the perfect match. As it turns out, the glasses are not only functional, but they promote the event year-round. "If I go over to somebody's house who comes to the banquet, they have a bunch of these glasses and they are the glasses they take out when their company comes." says Bloem. "Then they tell their company about the cool owl festival that they come to and that is how we get more and more people coming each year."

The banquet has now moved to new, larger facility but the tradition of collectable owl glasses carries on. This year, the glasses were covered by a grant from 4imprint®'s one by one® program, allowing the Nature Center to focus more resources on their fundraising efforts, and on Alice.