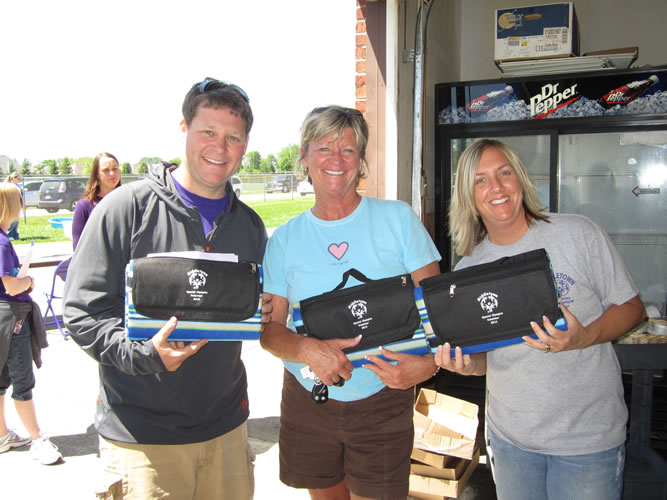 In Ohio, between Dayton and Cincinnati, there lies an appropriately named Middletown. And in Middletown there is a celebration each year at the end of May. That celebration is for Special Olympics.

At the end of the every school year, Middletown City Schools holds a track and field event for approximately 225 special needs students between the ages of 5 and 21. Some have physical disabilities while others have cognitive delays.

Students participate in track events like the 50- and 100-meter dash, softball throw, long jump, wheelchair races, 25-meter walk and relays. "It's a fun day for the kids to find success, hook up with friends and old teachers," says Middletown City Schools Special Olympics organizer Barb Florence. "At the end of the day, everybody's a winner and everybody goes home with medals."

The day begins with a parade of athletes. Athletes march behind banners they create to represent their schools, then the local police and fire chiefs judge the banners and give out ribbons. Afterwards, one athlete sings the national anthem and another reads the Special Olympics oath. Finally, before the games begin, Middletown's mayor proclaims the day especially for Special Olympics and balloons are released.

"It's all volunteers who help run the events, and usually the same volunteers year after year," explains Florence. She says that most of the costs are absorbed by private donations, but funds have dwindled. "It's gotten to the point where if you want a T-shirt you'll need to buy it, and for the last five years, we haven't even been able to give them a T-shirt, and they're such a great bunch."

When a coworker told Florence about 4imprint®'s one by one® program, she decided it would be a great way to honor the volunteers and athletes. "I kept it under wraps and didn't let anyone know what's going on. They don't expect anything; so it was nice to surprise them."

And surprise them she did — with stadium blankets from 4imprint®. "They're the kind of blankets with water resistant backs that you can just throw in the back of your car," Florence says. "I had a lot of people eyeball them up, so I had to watch them before I gave them away!"

The best part for Florence was being able to do something for the volunteers that do so much the event. "[The] volunteers didn't expect them, so it felt real good to give them something this year . they couldn't thank us enough!"