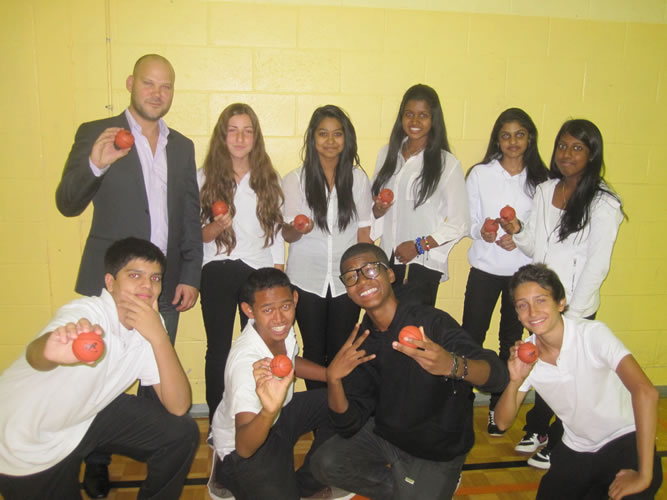 The Eva R. Gsum Foundation is not about someone named Eva. It's about young athletes.

Gavin Musgrave played sports in high school and then went on to play sports in college. When he finished, Gavin started coaching and helping out in his community to do the same for other kids as others did for him. That's when Gavin encountered one particularly promising young athlete only to learn that the young man could not go back to school in fall because he didn't have the funds available for tuition costs. The idea that money would have kept him from staying in school and playing sports was hard to believe so Gavin and his friends started collecting money to offset tuition expenses for the aspiring student athlete.

Well, they started a trend.

Gavin and his friends are the director and board of trustees for the Eva R. Gsum Foundation, based in Montreal, Quebec. Supported through donations and in–kind sponsorships, the foundation exists to help put student athletes in the best position possible for future success. That means providing scholarships for promising athletes between 17–19 years old, but it also means reaching out and mentoring to younger student athletes, too.

A large part of what the Foundation does consists of generating awareness and talking to school groups. Gavin and other members go to schools and community groups in the Montreal area to spread the word on the importance of education. It all starts with a skills competition. "We put them to work, running around doing an activity and then we'll hand out prizes for first place, second place, third place," Gavin explains. But before awarding prizes, including basketball-shaped stress balls, which the Foundation received from the 4imprint® one by one® program, "We talk to them more about the importance of nutrition and activity." Ultimately, members of the Eva R. Gsum Foundation aim to put youth in a better position for scholarships down the road.

Gavin and other members of the Eva R. Gsum Foundation want students to know that they're there to help. One of the ways they ensure that their message is a lasting one is by handing out the one by one basketball–shaped stress balls, just another example of support for which Gavin is grateful.

"We just want to let [the kids] know what's available. We want to get them on the right path," Gavin says. "And we want to help them if they need it."