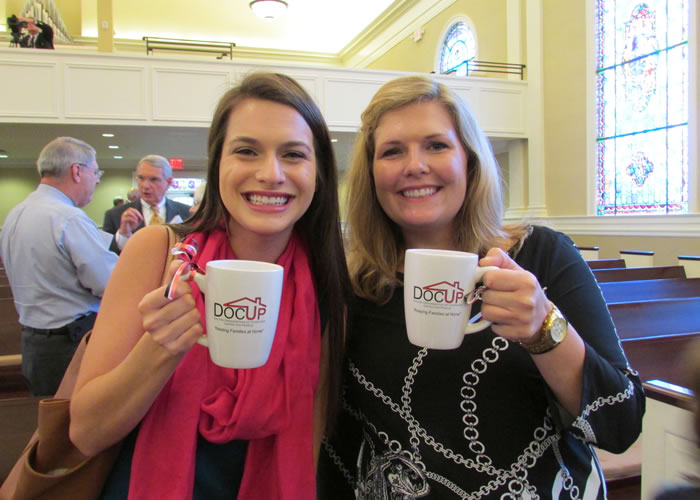 The Dalton Organization of Churches United for People, known as the charity organization DOC-UP, was founded in 1987 by a group of ministers and worshipers who realized there was no centralized location for those seeking help from area churches. Today, DOC-UP, supported by 23 churches and six Sunday schools, provides assistance with rent, utilities and prescription medications for those who have hit a temporary crisis. "Poverty is all over . it's not just in the inner cities. And Dalton, is among the top 10 for poverty in the nation—we help those in temporary need get back on their feet so they don't end up losing their homes," said DOC-UP executive director Ginny Bridges Ireland.

DOC-UP's annual golf tournament is their largest fundraiser. In addition to a round of golf at the Farm Golf Club, there's a luncheon and raffle to help raise money. "The money raised for each of the 24 luncheon tables was enough to ensure that 24 families were able to stay in their homes," said Bridges Ireland. DOC-UP received a 4imprint® one by one® grant which they used to purchase mugs for the luncheon tables. "Everyone took one home. I tied colored ribbons around the handles—they were such a hit," said Bridges Ireland. "I hope DOC-UP can inspire other small communities—every little gift really does make a difference and the ground is level when it comes to helping."